How To Make More Users Want Your Product: Leveraging The 7 Deadly Sins in SaaS 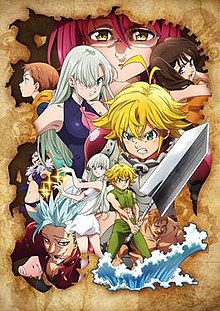 We lie, we cheat, we steal.

And your darling customers are no exception.

Since you're reading this, you'll already know one of the basic rules of marketing.

The basic human instinct for self-preservation drives everything we do.

We always want something in return.

Exactly what that "something" is can be difficult to detect, sometimes.

If you can stomach these "ugly" truths (and if you're picking up on my tone, you'll probably realize I think there's nothing "ugly" about them – the reality of what makes human beings tick is beautiful and exciting) you'll like what's in this post. You'll find it useful.

Some of you may have seen the video series I recorded on "The SaaS 7 Deadly Sins' but if you missed it, here's a rundown of them and how to apply them to your SaaS marketing messages.

The 7 Deadly Sins, as Biblical as they sound, are just human motivations to act.

Which motivation(s) does your product appeal to?

(In case you're curious about the images I use in this post – 'The 7 Deadly Sins' is an AMAZING Japanese manga series that I only learned about when researching the Sins for my videos. I'm at the end of Season 1 and it's incredibly rich storytelling. I highly recommend – especially if you're geeky like me and you like medieval and magical stuff. If you love 'The Lord Of The Rings' and played the 'Final Fantasy' videogames, you'll be in heaven).

Oxford English Dictionary Definition: A feeling of deep pleasure or satisfaction derived from one's own achievements.

Pride may come before a fall, but it also drives us on to our best efforts and motivates us to bring our A-game.

There’s nothing wrong with wanting to be brilliant at something, and having some Pride threading through your copy will remind your prospects of this.

In B2B – this is a given. Everyone desires competence and professionalism.

In B2C – there’s plenty of room for self-improvement, too.

You can see the copy on Teachable's homepage appeals heavily to Pride.

The product is pitched at prospects who want to monetise their knowledge or skill.

The messaging here reassures prospects they already have the tools to be successful, and Teachable can guide them into making those attributes more profitable.

It's a classic demonstration of 'meeting your customer where they are'.

Greed is best expressed in copywriting via the ‘more’ mentality, whereby more equates to victory and success.

The accumulation of 'more' shows progress.

In this sense, the ‘negative’ self-interest aspect of Greed translates into a much more positive feeling for the prospect – a sense of accomplishment, and a feeling of security and safety.

Show your users that your product is a path to gaining 'more' of something: they can build, stockpile, and grow.

Trainerize's page has both Greed and Gluttony-focussed copy running throughout its homepage, but I've highlighted the Greed aspects for this example.

The 'Tap into new revenue streams' promise, along with the 'By adding online personal training to your services' line, shows that Trainerize understand their users' motivation. Covid has called on the fitness industry to diversify and add strings to its bow, in order to thrive.

Oxford English Dictionary Definition : A passionate desire for something.

I could so easily drag us into mucky territory here, but I won't!

With lust, think beyond sex.

Think about a lust for power. Or even Iggy Pop's raison d'etre.

A tool that saves time isn't really appealing to Lust. You could argue your prospect has a lustful desire for efficiency, but that would be stretching the truth in most cases.

Think about it deeply and listen to your voice-of-customer. Did your users state that they really wanted something?

Are they driving towards a specific result?

Is there an unfulfilled desire, that your product manages to fulfil?

If so, Lust messaging could be right for you.

Promise your users a result they crave. Your product is going to be the thing that gets it for them.

The headline says it all – 'Unlock digital potential' is explicitly appealing to Lust.

The CTA works well, too, in this context. 'Learn More' isn't the most original CTA you've ever seen, but it ties in well with the intrigue of the headline's promise. It fuels the desire of Optimizely's users and compels them to click.

Oxford English Dictionary Definition: A feeling of discontented or resentful longing aroused by someone else's possessions, qualities, or luck.

There's an easy way to explain this one.

FOMO's power in marketing is well-known, and that's what Envy is.

No one wants to feel like they're falling behind or missing out.

Everyone wants to keep up with the Joneses.

Copy that targets humans' intense desire to belong – to be part of a community and fit in – is powerful.

I'm going to go slightly off-piste here for a moment and mention something else:

Interestingly, from a sociological perspective, our competitive desire to 'stand out' doesn't collide with our desire to 'fit in.'

If a man was exiled from his tribe, it meant disgrace, ignominy and possible death. His ability to survive depended on his ability to build relationships and 'fit' into his tribe.

Of course, said man desired to excel within his tribe to win their respect and strengthen the bond. He longed to be the best hunter, the fastest horserider, the most skilled craftsman...

This is the dynamic where Pride and Envy can co-exist.

There are many directions your messaging can take. There can be multiple desires that your product appeals to.

When you're ideating your value proposition, take your customers' feedback and run them through these 7 Deadly Sins, to pinpoint which pains your prospects are feeling the most.

Fuel customer desire by letting them know that are other people receiving results/getting benefits that they're not currently getting.

On Segment's homepage, users are told that Segment is the 'leading customer platform'...

Then they're told they need to 'join 20,000+ businesses' who already have it.

If 20,000+ competitors are using something that claims to be best-in-class, wouldn't you carry on reading to see what all the fuss is about?

The FOMO message is so integral to Segment's marketing strategy, it leads their hero shot copy.

Gluttony is commonly mistaken for Greed, so I'll quickly clear this one up:

Probably the most famous example of a product that appeals to Gluttony (although not SaaS) is Netflix.

The whole phenomena of on-demand television and 'binge-watching' TV series' exists because of our gluttonous natures.

Lots of content to create, in lots of formats, across various platforms...

Crowdcast gives its users an 'all-you-can-eat' buffet, and the homepage copy excites its users with its lengthy menu.

I do love Wrath in copy.

It takes a little guts - but the rewards can be rich indeed.

If we think of Wrath as being anger or annoyance, we can use this Sin to agitate our users’ problems and draw favourable comparisons between your product and your competition’s offers.

This is where bravery plays its part – ‘calling out’ your competition or even drawing your prospects' attention to their problems all sounds very 'negative.'

From my experience with clients, any copy where I’ve drawn comparison with the competition has led to the most pushback upon first draft submission. Clients just want to display the shiniest, happiest, ‘press-release’ version of themselves and don’t want to ‘fight dirty’.

Relentlessly talking about how great your product is can be a mistake. It's not as high-converting as you think, because you're focussing too much on the solution without reminding your prospects about their pain first.

There can't be light, without darkness.

Let your prospects know that their previous failures aren't their fault. It's just that other solutions haven't been effective in solving their pain. Yours is better.

There's Wrath-driven copy all over ClickUp's homepage. They're not shy!

The graphic to the left calls out all their big-name competitors in a simple, visual way.

Then the copy to the right does something subtle but brilliant.

It pours scorn on the competition by using speech marks around the word 'productivity'.

This, again, is a case study in how to meet your customers where they are.

Users in a high state of market sophistication, tired of other solutions' promises, are going to be nodding along here. ClickUp do a great job of winning their trust.

Probably the most common Sin in SaaS.

There’s an abundance of Sloth running through SaaS copy - after all, most SaaS products tend to automate processes for users and make their lives easier and more convenient.

Sloth can be re-framed as 'efficiency.'

Tools that simplify our workflows, ease bottlenecks and increase task speed are exactly what your customers want...so working some Sloth copy into your messaging is a smart way to appeal to their desires.

An important thing to note here:

Virtually all SaaS products save your users time and effort.

So ask your customers if saved time and effort is the most important thing to them.

For example, I sometimes send my clients Loom videos to talk them through their copy.

These videos save time, both for me and the client. It's much easier for me to record a video than to write out a detailed report, and it's more convenient for the client to watch the video and hear me talk about why I've done things, rather than look at the copy and then look at a report and keep bouncing between the two...

But reducing time and effort isn't the only reason behind my Loom subscription.

Videoing my explanations looks professional. It's received positive feedback from my clients. It makes me look good.

And if you look at Loom landing pages, there's probably more copy appealing to Pride than there is to Sloth.

So go with Sloth-driven copy if time-saving is truly the MAIN value prop your product has. Otherwise, it's tough to differentiate yourself with this.

For service-providers, putting together proposals is a key part of securing business, but it's time-consuming and high-risk. They can spend hours putting together a proposal – hours that could be spent doing client work or marketing their business – only for their prospect to decline their offer.

From 'Cut Proposal Time in Half with Proposal Templates' to 'instantly put together a complete custom proposal in just a few clicks' , the time-saving value prop is palpable.

In marketing, there's nothing deadly about them. They're great!

Just remember to always speak to your customers first.

They will tell you their desires, and then you can start building your message to suit.

Jumping to conclusions and writing copy that presupposes what your customers actually want is a surefire path to failure.

If you're unsure about which direction to take, pool your research resources

Look at the interview transcripts, the survey responses, the social media comments and support tickets.

Speak to your sales team. What are your customers' objections?

Take all this data, and run the 7 Deadly Sins through them.

You'll find that it's much more than a 'fun' or 'out-of-the-box' exercise – it's actually a reliable path to finding your product's most profitable message.

You need to think like a sinner first, before you can be a saint...

If you liked this and want more incisive marketing insights cutting through your crowded inbox and piercing your consciousness, subscribe in the form below and help yourself to a FREE 11-Point Landing Page Optimization checklist!